The Players NIL and BuzzU partnership will help student-athletes maximize their potential in NIL opportunities.

LOS ANGELES, CA – May 6, 2022 – The Players NIL is proud to announce a strategic partnership with BuzzU that affirms our shared vision of providing education and resources for student-athletes to help them maximize their NIL opportunities.

The NCAA interim policy that allowed student-athletes to profit from their name, image, and likeness has changed forever the dynamic of collegiate athletics. While numerous companies have struck headline-grabbing deals with student-athletes, few organizations have focused on ensuring that student-athletes are making the best decisions about their NIL opportunities.

BuzzU is a provider of local marketability rates, known as Buzz Scores, which give athletes valuation and leverage in turning their data into dollars. With the BuzzU technology, student-athletes receive a grade on their local marketability and a measurement on their reach. The Players NIL is an online education platform that ensures academic and athletic development is married with NIL preparation. Student-athletes who receive a BuzzU Score and complete The Players NIL Five-Pillars Course will be better positioned to achieve their NIL goals.

“BuzzU puts the power of data into the hands of student-athletes, providing an invaluable resource as they enter into paid NIL opportunities,” said Mark Koesterer, CEO and Co-Founder of The Players NIL. “Aligning with BuzzU and providing student-athletes with continuing education and marketability scores is a win-win for student-athletes across the country.”

Athletes who complete The Players NIL Five-Pillars Course will receive both actionable knowledge and a BuzzU score – a combination set to become the gold standard in the world of NIL education and technology.

“Positioning ourselves with companies who create opportunities for student-athletes is a top priority. The Players NIL spotlights education in a space that drastically needs it,” said Zach Novoselsky, CEO and Founder of BuzzU. “As a former Division I college athlete, I realize how unequipped the majority of the country is to monetize in relation to name, image, and likeness. The Players NIL and BuzzU are here to democratize the industry.”

About BuzzU:
BuzzU is a software company which uses artificial intelligence and algorithms to determine college athlete’s marketability. Using a combination of search engine, social media, and on field performance analytics, athlete’s will now have a quantifiable marketability rate. Known as a ‘Buzz Score’, these proprietary metrics can be used to leverage potential partnerships. Unlike other early movers in the industry, a Buzz Score cannot be manipulated as it is not solely based on influencer statistics.

Subscribe to our newsletter:
Copyright © 2022 The Players NIL
This website or its third-party tools process personal data.To opt out, follow this link Do not sell my personal information.
×
Manage consent

This website uses cookies to improve your experience while you navigate through the website. Out of these, the cookies that are categorized as necessary are stored on your browser as they are essential for the working of basic functionalities of the website. We also use third-party cookies that help us analyze and understand how you use this website. These cookies will be stored in your browser only with your consent. You also have the option to opt-out of these cookies. But opting out of some of these cookies may affect your browsing experience.
Necessary Always Enabled
Necessary cookies are absolutely essential for the website to function properly. These cookies ensure basic functionalities and security features of the website, anonymously.
Functional
Functional cookies help to perform certain functionalities like sharing the content of the website on social media platforms, collect feedbacks, and other third-party features.
Performance
Performance cookies are used to understand and analyze the key performance indexes of the website which helps in delivering a better user experience for the visitors.
Analytics
Analytical cookies are used to understand how visitors interact with the website. These cookies help provide information on metrics the number of visitors, bounce rate, traffic source, etc.
Advertisement
Advertisement cookies are used to provide visitors with relevant ads and marketing campaigns. These cookies track visitors across websites and collect information to provide customized ads.
Others
Other uncategorized cookies are those that are being analyzed and have not been classified into a category as yet.
SAVE & ACCEPT

The Five-Pillars Course is now available!

Use code tpnil60 on the checkout page to redeem.

We can’t wait to help you build a brighter future.

Please note: The Players NIL Five-Pillars Course is currently available for purchase and the first Pillar module is live and can be accessed today! Each subsequent Pillar module will be released in the coming weeks according to our release schedule:

The Five Pillars Course is available for $249. Take advantage of our end of summer offer and get 10% off if you purchase before Oct. 7, 2022.

Use code intro10 on the checkout page to redeem.

We can’t wait to help you build a brighter future.
Disclaimer: All of the content created and released on The Players NIL channels are made as a guide and/or educational tools. Please consume all content at your discretion. The Players NIL is not a certified personal development or financial coach and does not guarantee any financial or professional results. 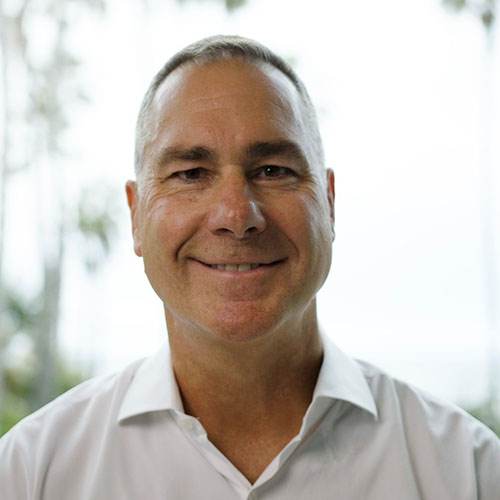 Welcome. I’m Mark Koesterer, founder of The Players NIL, and I have a deep passion for this work. My background includes a long and extensive relationship with the sporting industry. As a former college athlete, I have first hand experience navigating the collegiate world. As a father of college athletes, I was actively involved with supporting the requirements needed to compete at the highest level, while maintaining focus on broader life goals. As the president and CEO of Sports Studio, I helped build a successful Hollywood sports and entertainment company.

It’s ALL of this collective experience that I offer, while bringing you a premier level of service that will help you reach your goals. If you would like to learn how to build your brand and maximize your NIL potential, contact me today.

The Players NIL is built for YOU.

We can’t wait to learn more about you.